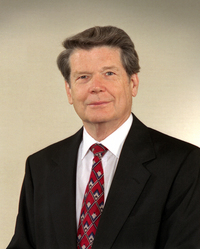 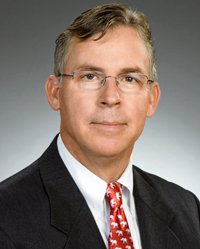 Gary Funk is a native of Clermont, Georgia. He has worked for Georgia Power Company in the Gainesville area for 32 years and has been involved in a number of community activities and leadership positions. Gary and his wife, Dr. Denise Smith Funk, have two grown children, Joseph and Rachel.

Prior to his retirement in 2018, Herdener served as the Chief Financial Officer of Northeast Georgia Health System since joining the organization in 1995. He earned his master's degree in business administration and has earned a CPA certificate from the University of Puget Sound in Tacoma, Washington. 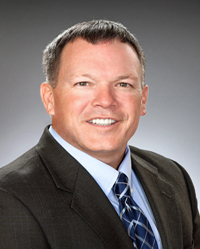 John Wright was named Vice President Operations of Fieldale Farms, effective Dec. 31, 2009. The company employs 2,600 team members in Hall County and another 2,000 in Habersham and Stephens Counties; it is one of the nation’s largest privately held producers of poultry products. Wright joined Fieldale in 1991 and has held numerous leadership positions in sales and operations. He serves on the boards of Georgia Mountains YMCA, The Gainesville Braves Baseball Club and The Gainesville Athletic Club. He is a retired Lieutenant Colonel with over twenty years service in the Georgia Army National Guard. An Auburn, AL., native, Wright holds a Bachelor of Science degree from Auburn University. He and his wife Kelli are members of Lakewood Baptist Church and have two children at Auburn University, Drew and Katherine. 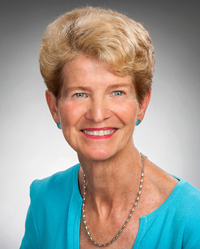 Susan Hosford joined our Community Development Board in September 2015. She is a native of Atlanta but moved to Gainesville in 1976. She graduated from Emory University and is the wife of the late Dr. J. Michael Hosford. She has three grown daughters and nine grandchildren. She taught school in DeKalb County and the Atlanta Public Schools until moving to Augusta, where she worked for the Department of Family and Children Services. Upon moving to Gainesville, she worked for the Learning Department of Brenau University and was also a mentor in the Hall County School System for 22 years. She has been active in United Way and The American Cancer Society. She currently resides in Gainesville and is a member of the First Presbyterian Church, where she has served as a deacon and elder.

Sandy Carter is a graduate of Wake Forest University and began her career as a banker in Atlanta and Gainesville. She has been a real estate specialist with Don Carter Realty for the past ten years. Sandy has been a longtime volunteer with a number of organizations including the City of Gainesville public schools, Brenau University, Quinlan Visual Arts Center, Junior League of Gainesville, Young Harris College, Leadership Hall and Leadership Georgia.  She is a member and former Trustee of Gainesville First United Methodist. Sandy and her husband Doug have two grown children, Shaw and Lauren.

Elizabeth Jacobs Higgins is a Gainesville native and the Executive Director of Vision 2030, a community project of the Greater Hall Chamber of Commerce. She is married to Tom Higgins and together they have seven adult children (who all love being together, especially on the lake!)  Growing up and living in Hall County while working around the country, Elizabeth knows what a privilege it is to live in our community and be involved in giving back. Elizabeth is a graduate of Gainesville High School, the University of Georgia, and is currently on the Board of United Way of Hall County.

Preston is Co-Owner of Lanier Cold Storage, the largest independently owned cold storage operation in the state of Georgia.  Preston and his wife Kim are Hall County natives and have two grown boys, Whit and Nick.  Over the years, Preston has been involved with many local organizations and charities and is an active board member with the Hospital Authority of Hall County and the Northeast Georgia Health System.

Steve is a graduate of the University of Georgia College of Pharmacy and is the former owner of Lawrence Pharmacy and Lanier Pharmacy in Gainesville.   During his career, he was a member of the Georgia Pharmacy Association and the National Community Pharmacy Association.  As a member of Gainesville First United Methodist Church, he has served on the Finance Committee, Church Council and Board of Trustees.  Steve’s family consists of his wife, Brenda, and their two sons, Blake and Chan and Blake’s wife Alli.

A Gainesville native, Lawson is well known for her civic involvement, philanthropy, and trail-blazing political career in Gainesville. She served as the first female member of the Gainesville City Council for 18 years as well as its first woman mayor for two terms.  She has served numerous local and statewide non-profit boards, including Elachee Nature-Science Center, the Quinlan Visual Arts Center, Habitat for Humanity, Georgia Women of Distinction, Friends of the Park, Gateway and the Arts Council.